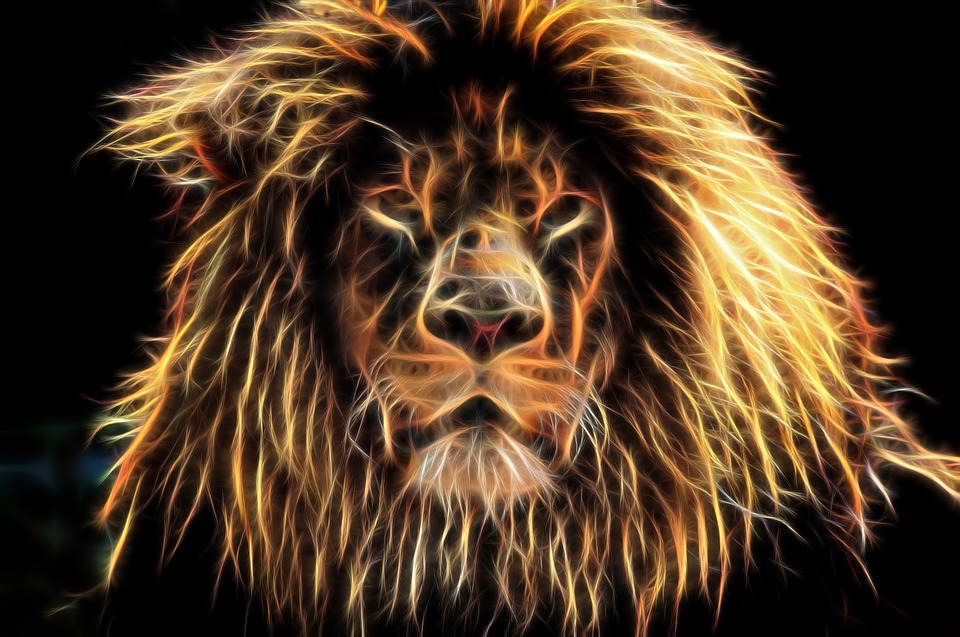 A little bit of an intro here – the following is a modified version of an essay I wrote for my first course of a multi-year course of study through Asheville Vedic Astrology with Ryan Kurczak.

The focus of this essay is much less about “Leos are like XYZ” and more focused on “Leo represents ABC”. Everyone has a little Leo in them!

Otherwise, this references relatively old literature in astrology, and the overall purpose of the exercise is to develop an internalized knowledge of the sign itself, its indications, etc. This essay is in particular a shout out to many of my teammates and friends whose sun signs are Leo. ❤️

Represented by a lion, Leo is four-footed, front-rising, and day strong, making it stable, auspicious for initiation of efforts and areas of life related to the ascendant or cusp occurring in this rasi, and powerful for those born in the day. Its energy is confident, radiant, practically minded, and self-sufficient. Four-footed signs are those that are stable and difficult to throw off balance. Said to reside in forests and places of hunters and kings, Leo can be both isolated and perilous, but this position is necessary for the vision and drive that Leo signifies.

Weaknesses in its preceding or aspecting signs may undermine or distort expressions of Leo, giving the potential for arrogance, or self-centric tendencies. Residing in the east makes Leo a place of beginnings and initiation, and because of its remoteness from others, a poorly supported Leo may feel more couched in survival mode. Well positioned, it is able to elevate into the kind of leadership that realizes it can best care for itself by also caring for others that are a part of its domain. A particularly poorly situated Leo may even go so far as to actively prey on others, using its radiance, charisma, and natural air of leadership to lure in others as prey.

This position gives an active or masculine polarity, makes it the second of three fire signs in the zodiac, and gives it a fixed modality as we progress from active Cancer towards dual Virgo. Its fixed modality and fire energy also let it serve as a kind of beacon offering a guiding light. Rather than the raging energy of a wildfire or the varying tendencies of a torch, Leo’s fire is a tool designed to endure, whether to gather people together as a campfire or to head out into the darkness like a lantern (or a flashlight!). This reflects Leo’s sattvic quality, emphasizing goodness, consistency, and harmony.

Areas and Ages of Life

It takes creativity to craft, build, and protect a vision. This work is a consistent challenge of the implementation designer that is focused on something real and specific rather than a big picture, global, or universal imagining. We see this in the polarity of Leo and Aquarius; these signs are directly opposite one another and show the externalization and internalization of this desire for vision and impact. Leo rests on the side of the polarity invested in the self and its’ immediate world; Aquarius has externalized this to concern for society at large. As such, the quality of one will determine the outcome of the other.
Leo is associated with the Kshatriya, warrior caste. Due to its emphasis on vision on leadership, this is the seat of inspiration for the battle, where you gain clarity about what you are fighting for and ensuring that it is just. Rather than combative, this battle is in defense of something worth standing for.

Associated with an age of life, Leo might best be identified with late adolescent and college-aged youth. This is a developmental phase where foundational understandings of self identity, basic resources, skills, and self-assurance were rooted and can now be expanded upon through reflection and self determination.

The fifth sign of the zodiac is Leo. Sign 5 progresses us out of our emotional seats of comfort and safety into having to do for ourselves and to take responsibility. As it is a fixed sign, planets seated in Leo give rasi aspects to signs 1, 7, and 10, loosely representing the self and life path, relationships, and activity in the world respectively. As such, this position can have very direct influence over how a person shows up and is perceived in their day to day life by others. Similarly, sign 5 receives rasi aspects from planets in any active signs of 1, 7, and 10. This mutual aspect means that not only do these active fields of initiation have direct effect on Leo, but also signify this influence of the external facing on Leo.

Sign 5 offers the questions “What is my kingdom, how will I attain it, and how will I protect it?” This is the first step in moving out of the shelter of the home into the world, but sign 5 is still standing back at a distance. Its focus is on observation, vision, and preparing to respond; how the work will happen and engaging with others to realize it will come later.

As discussed by Yavanajataka, each sign has association to certain characteristics and natures that give further insight into the manifestation and domain of the signs.

Leo is lord of peaks, forests, fortresses, poison, bones, sticks, skin, flesh, hair, deer-skins, and thread from the loom; of (animals) who live in the woods and have claws, tusks, or horns; of hunger, thirst, dry lips, flavors, and herbs; of hunters, arrows, increases, and creatures who lead; of Mlecchas, swords, weapons, woolens, and gold; of diseases, enemies, plotters, and those who are sick; and of (all) things which are strong.

Again, visionary powers and the intention behind the vision are signature in the characteristics of Leo. Peaks , forests, and fortresses point to having a bird’s eye view, a longer range of vision, and the ability to strategize. Leo’s indications create the requirement to be somewhat alone or reserved in order to execute on vision; getting too wrapped up in the swirl of desires or problems derail the vision, again connecting to its sattvic quality. Poison , bones, sticks, skins and the like point to things that can be injurious or protecting, and the potential for natural defenses, just as swords, weapons, woolens and gold relate to resources and tools to defend and reinforce one’s status, kingdom and ability. Clawed, tusked, and horned animals as well as disease, enemies and people of this nature can be both a threat from outside and within. Favorable indications here are those who not only have the resources to defend against disease and enemies, but who are able to take action for active defense, to protect against those who would harm you, and to not just survive but to thrive. More than anything else, Leo carries the endurance of the consistent Sun, to do more than bear a burden, but to push ahead to achieve and succeed.

Begin typing your search above and press return to search. Press Esc to cancel.